Advanced pellet testing with the Steyr LP10E pistol at 10 metres

It is quite some time since we carried out any serious pellet comparisons tests and we have not had a chance to put the new pistol test rig into action.

The object of this comparison test is to establish two related, whilst different factors, which are as follows.

1) To determine the difference and variation in the muzzle velocity when using RWS R10 4.49 air pistol and RWS R10 4.49 air rifle pellets without making any adjustment to the Steyr LP10E pistol.

2) To determine the size of the strike pattern on the target and the change in the point of impact without making any changes to the test rig or the pistol.

The temperature during the whole test was 16°C and the relative humidity was 70%RH, so the flight of the pellets should not be adversely affected.

The test rig was set up at 10metres, the Steyr LP10E was positioned in the rig and the Combro CB625 chronoscope was fitted to the pistol. A few test shots were fired to establish a representative point of impact using the air rifle pellets. 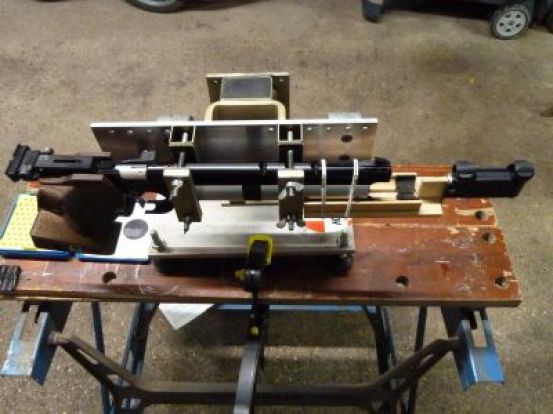 None of the pellets used were selected, they were taken at random straight from the respective tins, as we did not want to create an artificial or controlled pellet input.

Ten shots were fired using the RWS R10 4.49 Air Rifle pellets and the muzzle velocity was recorded for each shot as follows: 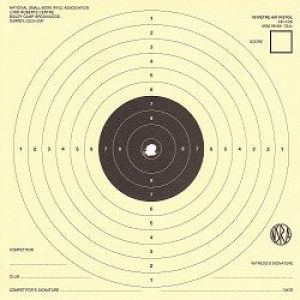 The average velocity was 501fps with a deviation of 6fps.

The deviation achieved was well within the expected tolerance of 10fps.

The ten shot group created by the air rifle pellets has not been modified or electronically enhanced and shows a good, centrally placed point of impact group in the diagram. The maximum size of this group is 8mm across.

A new target was carefully fitted to the frame and without making any adjustments to any of the equipment.

Ten shots were fired using the RWS R10 4.49 Air Pistol pellets and the muzzle velocity was recorded for each shot as follows: 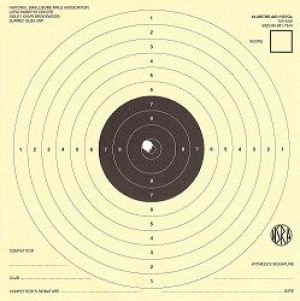 The average velocity was 554fps with a deviation of 9fps.

The deviation achieved was again well within the expected tolerance of 10fps.

The ten shot group created by the air pistol pellets has not been modified or electronically enhanced and shows a good, however slightly higher and to the left placed, a point of impact group in the diagram. The maximum size of this group is 6mm across.

From the several previous pellets test that have been carried out over a period of time, it had been established that the Steyr barrels appear to perform the most consistent with a muzzle speed of about 525fps.

The increased muzzle velocity might also have improved the quality of the holes created by the air rifle pellets and should, in theory, have moved the point of impact up slightly, to bring it nearer in comparison to the point of impact group achieved with the air pistol pellets.

These theories are pure conjecture as it was neither practical nor intended to start making adjustments to the Steyr LP10E air regulator, as the sole purpose of this comparison test was to establish the physical difference in the point of impact group for the two different weights of pellets.

Whilst both types of air pellets tested have proven to be capable of maintaining a very good group which would be well within the ten ring.

However from these fairly small sample figures, despite the considerably lower deviation in the muzzle velocities of the air rifle pellets, which ought to give a more consistent trajectory, it would appear to be favourable to continue using the RWS R10 4.49 air pistol pellets for 10 metre pistol target shooting.

See how we got these results with the LP10E
Pellet group testing of Steyr Sportwaffe[...]
Adobe Acrobat document [211.9 KB]

All images are the copyright © of Tenrings Coaching and www.tenrings.co.uk unless otherwise stated. 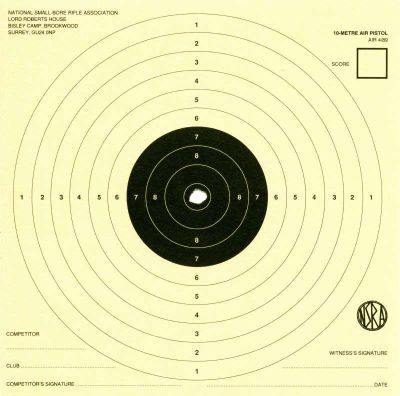 Helping you to achieve your natural shooting potential